How Long Does a Patent Last: Everything You Need to Know

In general, a utility patent lasts 20 years from the filing date and a design patent lasts 15 years after granted date, but the actual term can vary.6 min read

How Long Does a Patent Last?

In general, a utility patent lasts 20 years from the filing date and a design patent lasts 15 years after granted date, but the actual term can vary.

The actual term of a patent is often dependent on 2 factors:

In the US, under the Patent Act, Title 35 U.S. Code, Section 154, a utility patent, which issues from an application filed on or after June 8, 1995, will have a term that effectively begins when the patent issues and expires 20 years from the filing date of the application.

A regular or non-provisional utility patent application typically takes an average of 26 months to prosecute. Prosecution is the process by which the application is examined for patentability in the United State patent & Trademark Office (USPTO).

What Is a Patent?

A patent is an exclusive right granted by the United States government. A patent may be granted to anyone who invents or discovers, any new and useful process, machine, article of manufacture, or composition of matter, or improvement thereof. 35 USC 101. The disclosure must meet US Patent Law requirements.

As long as the patent owner pays their granted patent maintenance fees regularly and on time, the patent protection stays in force for the applicable term. Once the patent has expired, it becomes part of the public domain, meaning anyone can attempt to profit from the invention without the owner’s permission.

A utility patent is a commonly obtained patent that claims and describes functional aspects of an invention. It protects a wide range of inventions including consumer products, factory machines, industrial parts, toys, and medical treatments to name just a few examples.

A design patent protects the ornamental aspects of an invention. Including such items as cars, fabrics and laptop cases. Design patents claim only what is shown in drawings included with the application.

A plant patent is issued to anyone who has invented or discovered, and asexually reproduced, a distinct and new variety of plant, other than a tuber propagated plant or a plant found in an uncultivated state.

A worldwide patent application under the Paris Convention Treaty (PCT) can be filed which designates up to 151 countries in one application. It can be filed in one of several different patent offices in different countries around the world, including the US. However, there is no international patent that can be granted. The International Applicant must pay for prosecution in each country in which he/she wants to obtain a patent. The patent terms for each country lasts anywhere from 6-20 years. Countries that are part of the World Trade Organization generally issue patents with a 20-year term.

So, How Long Does a Patent Last?

Ultimately, it depends on the type of patent and the date of earliest filing.

How Does a Provisional Patent Application Affect the Patent Term?

Some inventors choose to file a provisional patent application as a cost-effective way to get a filing priority date for their invention. The term of patent does not elapse during the provisional application pendency period. It is an extra year of patent pendency.

While a provisional patent may seem to offer a sort of free year in patent term, it is does not directly lead to a granted patent and actually delays the allowance of a granted patent. Most inventors use the provisional pendency period to mark their invention date and gain up to 12 months to finalize prototypes, conduct further experiments, and find investors.

The priority date of your earliest related non-provisional patent application filing for an invention determines the life of your patent.

Keep it Confidential at First

In the age of popular reality TV, shows like Shark Tank and Ellen’s Design Challenge illustrate that the American dream of becoming an inventor and an entrepreneur is still very much alive and well. It seems like most entrepreneurs want to invent something, especially since patents that offer protection can increase the exclusive market value of a protected product.

The optimism and innovative spirit of the entrepreneur have caught the eyes of both the start-up company and those who seek to prey on them. Many inventors are rightfully concerned that their idea or prototype will be copied and sold before they market it. Countless invention development or promotion company websites promise to turn an inventor’s product into a million-dollar windfall.

Most aspiring entrepreneurs, however, don’t end up on TV—and very few relish the idea of taking their idea or prototype to an anonymous “invention factory” on the web. Many invention development companies are scams or aggressive marketers that seek to have the inventor pay the company to commercialize their invention and grant a portion of the inventor's sales to the company. They offer little if any help to obtain a patent and may disappear after an inventor has paid money up-front. The USPTO provides information on Invention Promoters and ways to avoid promotion scams.

If you have an invention or design that you believe is unique and commercially viable, you should have the patentability of the invention evaluated by a patent attorney. An experienced patent attorney can help protect your invention rights. Also evaluate your market size and your ability to enter that market. You should assess if your business will have enough customers to be successful.

You should perform your patentability and market evaluations before you "go public" and disclose your invention. Public disclosure can negate the ability to obtain a patent on your invention and destroy its novelty.

In addition, you should obtain a signed non-disclosure or confidential disclosure agreement from anyone with whom you want to discuss or disclose your invention. That sort of agreement should be obtained from investors, well meaning friends, and employees.

Talk to a Lawyer

If you need help with your patent, you can post your question or concern on UpCounsel’s marketplace. UpCounsel accepts only the top 5 percent of lawyers to its site. Lawyers on UpCounsel come from law schools such as Harvard Law and Yale Law and average 14 years of legal experience, including work with or on behalf of companies like Google, Menlo Ventures and Airbnb. 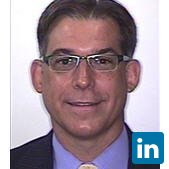