Where are you located?
Zip Code
FIND A LAWYER

Request Proposals
Tell us about your legal need so attorneys can prepare custom proposals. It only takes a minute and your information is strictly confidential.
Review Quotes
Our algorithm matches you with attorneys qualified to handle your legal work. You can review their proposals and schedule consultations with no obligation.
Hire Your Lawyers
When you’re ready, hire the attorney that’s right for you. Use our platform to easily collaborate online and ensure your information stays safe and secure. 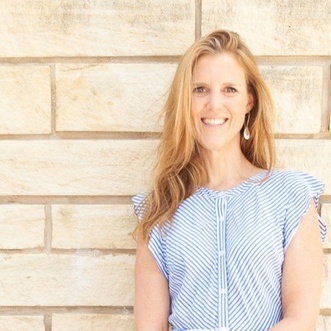 10 reviews
Joshua practices in Austin, Texas and serves clients across the United States. He is a graduate of Pepperdine University School of Law and the Straus Institute, the nation’... read more
10 yrs experience | Licensed in TX | verified
"Josh is personable, honest, and knows his stuff! He helped me get all the contracts set up for my integrated clinic. "

8 reviews
Michael Ramos has a notable education and impressive entrepreneurial record. A graduate of the coveted Stanford Law School, he also earned a master’s in Management Science and Engineering. Founder of OJoygives.com, where he serves as General Counsel, he also works in Austin, TX where he focuses his legal practice on serving the technology, real estate, financial and software industries.
7 yrs experience | Licensed in TX | verified
"Great professional experience, highly recommend" 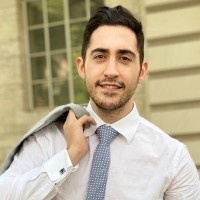 7 reviews
I´m a Law School graduate at the University of Texas at Austin and a member of the Texas Bar with more than 10 years of legal experience. I´ve worked with companies from st... read more
12 yrs experience | Licensed in TX | verified
"Great service :-)" 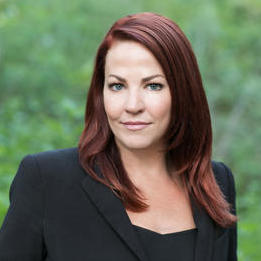 6 reviews
I am a Duke Law graduate with a computer science degree. As a corporate and IP law attorney, the combination of my technology background, legal education and experience, an... read more
1 repeat hire | 7 yrs experience | Licensed in CA, TX | verified
"Lia navigated a complex situation and delivered the desired outcome! I will absolutely hire her again." 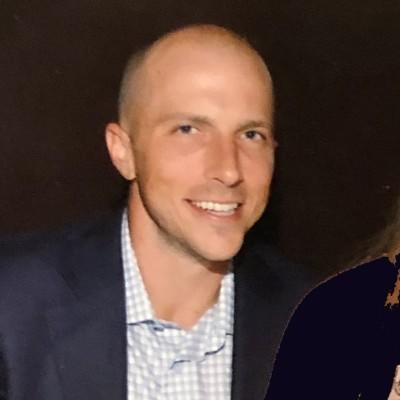 2 reviews
Justin graduated from the University of Texas law school and has a bachelor's degree in finance. His practice areas include corporate law and commercial contracts, with a p... read more
9 yrs experience | Licensed in TX | verified
"Quality work, fast turnaround time, and very responsive."

Anne is a trusted attorney skilled in advising and representing both Fortune 500 and local clients in a variety of business and litigation matters. Her experience includes ... read more
20 yrs experience | Licensed in TX | verified

51 reviews
Licensed in California and Texas, Lisa Thorsen focuses on corporate contracts and transactions, trusts and estates, real estate, and startups. She previously worked as an associate attorney at Circuit, McKellogg, Kinney & Ross, LLP for six and a half years and spent the past 3 years in private practice as a solo practitioner. Ms. Thorsen has 8+ years of experience practicing law as a licensed attorney.
14 yrs experience | Licensed in CA, TX | verified
"Excellent experience. Will definitely use Lisa again if/when the need arises." 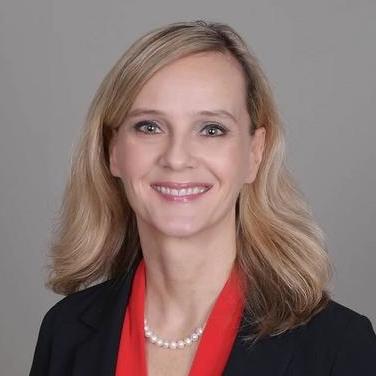 10 reviews
Nicole is a top-rated lawyer who represents businesses in many cases related to employment and business law for clients in Texas and around the country. She began her own firm, Nanasy Muehr, out of a drive to better serve clients without the overhead of larger firms. She is highly rated in the industry with recognition from The American Lawyer Magazine among other organizations.
22 yrs experience | Licensed in TX | verified
"Great job, excellent advice!" 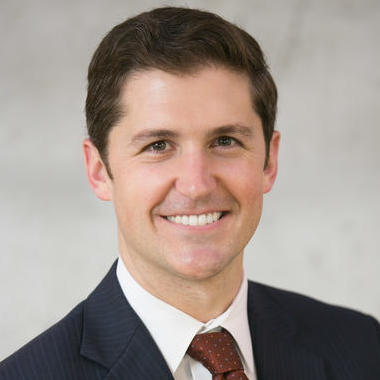 9 reviews
When you have a legal dispute, having an attorney who can both litigate and negotiate deals is an invaluable resource. Joseph Leak has both a litigation and a business practice that extends to individuals, startups, and regional and national businesses. He can deal with issues related to securities, real estate, business entity formation or selection, fundraising, and civil litigation.
11 yrs experience | Licensed in TX | verified
"Prompt, did as promised, was reasonable. You cant ask for more."
View All NEXT
Recently Completed Jobs
"Contract Review for Online Platform"
Austin, TX
Details
"We have drafted some basic contracts for our users, but we are really looking for them to get reviewed by an attorney. We are looking for someone who is familiar with software and is willing to understand how we wish to do business since we would like to cover the entire user interaction through our platform."
What are your current legal needs?
I'd like to review an existing contract
What type of contract is involved?
Sales/Marketing
Proposals Received
9
Average Price
$720 - $1,080
Start a similar project
"Draft Sales Contract"
Austin, TX
Details
"We are looking for a sales contract between our company and our partners. The contract needs to include specific information around the pricing, exclusivity, and terms for additional features that may be added or offered as we continue to make changes to the product. We are looking to create a product that is mostly percentage / commission based."
What are your current legal needs?
I'd like to draft a new contract
What type of contract would you like to draft/review?
General Business Contracts (e.g. sales, partnerships)
Proposals Received
10
Average Price
$640 - $960
Start a similar project

5.0
Based on 200 reviews
Clear Communication - 5.0
Response Time - 5.0
Knowledgeable - 5.0
Meets Deadlines - 5.0
UpCounsel is a secure service for your business legal needs

What Makes a Great Contract Attorney?

Unfortunately, it is quite common for contract attorneys to reduce their workload by making heavy use of “form” agreements.  Skeleton contracts are perfectly fine to use as a structure, but you should avoid working with an attorney who is too dependent on familiar contract provisions.  Your attorney must be able to draft a customized contract with provisions specifically tailored to your needs.

To confirm that the attorneys you find on UpCounsel meets these quality standards, be sure to check their ratings and reviews.  UpCounsel also keeps track of repeat customers, which is a fairly accurate representation of customer satisfaction.  If an attorney does not have many ratings or reviews on the platform, you can still assess their compatibility – get in contact with them to setup an initial consultation.  Based on the interaction, you may be able to get a sense for the particular skillset and client-engagement-style of the attorney.

Breach of Contract and Minimizing Risk of Litigation

As breach of contract is not entirely uncommon, it is important to take steps to minimize the risk of litigation in the event of breach.  Litigation can be expensive, time-wasting, and stressful, and is generally best-avoided unless absolutely necessary.

Mandatory arbitration is a form of alternative dispute resolution that provides an efficient, less expensive, and more private parallel to traditional litigation.  To engage in mandatory arbitration, your contract need only include a provision requiring it.

How does it work?

In mandatory arbitration, a neutral arbitrator is chosen to hear each party’s arguments – the neutral arbitrator is often a judge, attorney, or some other professional who is well-equipped to render judgment and follow various legal procedures.  Afterwards, the arbitrator renders judgment.  The judgment is confirmed by a court of law and thus becomes final.

Arbitration is quicker, cheaper, and arguably fairer than traditional litigation.  It is also private.  Each party can be made to sign confidentiality agreements requiring that the content of the arbitration not be made public.  By comparison, civil lawsuits are fundamentally public matters and the information revealed during such litigation is available to the public at-large.

Unfortunately, too many individuals – and occasionally even small businesses – make use of oral contracts in their dealings with others.  Oral contracts are generally discouraged if they are intended to govern serious and significant matters.  Under Texas law, oral contracts are enforceable and valid, but there are situations wherein written contracts are required by law or simply beneficial in other ways.

The Statute of Frauds

The Statute of Frauds requires that contracts be in written form when concerning the following: a) estate planning (such as a Will or a Trust); b) guarantees; c) the sale of real estate; d) the sale of goods priced at over $500; e) the sale of securities; and f) any contracts lasting more than 1 year from the time of execution.

For example, suppose that you hire a construction team to remodel your home.  The remodeling is quite extensive.  You agree in an oral conversation with the construction team manager to have your house remodeled over the course of a year.  This situation would lead to a voidable contract, which means that any party can terminate or otherwise breach the contract without consequence.

Had the oral contract to hire the construction team been for less than a year, then the contract would be deemed valid and enforceable under Texas law – though it would still be worthwhile having the contracted put in writing, of course.

Why use UpCounsel to hire a Austin Contract Attorney?

You always get experienced professionals and high caliber work.

Your work gets done quickly because professionals are always available.

We use technology to cut traditional overhead and save you thousands.

UpCounsel has been talked about in:

Money-Back Guarantee on All of Your Legal Work

Applies to all transactions with verified attorneys on UpCounsel

In the event that you are unsatisfied with the work of an attorney you hired on UpCounsel, just let us know. We’ll take care of it and refund your money up to $5,000 so you can hire another attorney to help you.

The Austin contract attorneys & lawyers on UpCounsel are dedicated to helping businesses save time, money, and peace of mind with contract drafting and review, negotiations, litigation support, discovery, commercial business transactions, and more.

Our independent contract attorneys are available on-demand to provide contract legal services for businesses or to support your in-house general counsel to help lighten the load for transactional matters or litigation support.

Although the work of the Austin contract attorneys found on UpCounsel often varies they are highly experienced in legal contract activities such as commercial contract negotiations, document review in response to document subpoenas, request for production of documents, legal research, draft legal briefs, along with providing a full range of other contract legal services to businesses of any size.

If You Need Ongoing Legal Counsel or Ad-hoc Legal Work – We Can Help!