Angel Investors: Everything You Need to Know

Angel Investors: Everything You Need to Know

Angel investors are typically wealthy individuals or fellow entrepreneurs - rarely professional venture capitalists - who are willing to do whatever it takes to get a startup off the ground, which usually means money. 6 min read

Many entrepreneurs have "angels" watching over them, quite literally. These financial and advisory angels (or angel investors) are often responsible for the success or failure of a startup. There are no set rules to what angels can do for an entrepreneur and what they can expect in return. That's why angels are sought after with such intensity and why you must be especially vigilant in reviewing their offers.

What Are Angel Investors?

Angel investors are typically wealthy individuals or fellow entrepreneurs — rarely professional venture capitalists — who are willing to do whatever it takes to get a startup off the ground, which usually means money. In general, angel investing involves funding, advice and various kinds of management support. Normally, angels invest in return for considerations such an equity stake in a company or convertible debt.

Investopedia offers a controversial definition of angel investing in saying that angel investors provide more favorable terms compared to other lenders; however it is important to understand that establishing the amount of capital to be invested, and the associated valuation of the business is not an empirical science whether you are dealing with an “angel” investor, VC group, or PE firm.

The analysis given the emerging nature of the business comes down to a “risk tolerance” evaluation by an angel investor. That analysis typically drives the valuation of the business for purposes of the equity stake to get the angel investor comfortable in moving forward.  As discussed below, VC and PE groups are much more difficult to deal with when negotiating the valuation and structure of the security associated with an equity investment in your business.

Why Are Angel Investors Important?

Inventors of innovative business ventures often cannot provide historical data or relevant experience to back up their financial projections. That tends to be a big problem for traditional lenders like banks and venture capitalists (VCs). Angel investors are the preferred, and may be the only, source of large-scale funding for many startups. In 2014, angel investors presented $24.1 billion to 73,000 small businesses in the U.S. The startup economy couldn't operate without them.

Who Can Be an Angel Investor?

Sometimes entrepreneurs use the word angels to refer to family members or friends who make small investments for little more than a promise to repay them when the business succeeds. These are not true angel investors from a financial standpoint. The SEC defines an accredited investor as someone with a net worth of over $1 million and who has earned more than $200,000 per year for the previous three years. Over the past few years, startups reported contributions from well over 300,000 U.S. investors out of the approximately 4 million potential angels.

Which is better? Angel Investors vs. Venture Capital

Both angels and venture capitalists can provide a financial runway for launching a new business. However, often both are required. corporations/angel-investor-5193" rel="nofollow" target="_blank" style="text-decoration:none;">VCs gather funds from a wide range of sources, including financial institutions, investment banks, corporations, endowments, insurance firms, and pension funds.

Their primary concern is twofold, first the “holding period” meaning the projected time frame associated with a “liquidity event” of the business and critically the “rate of return” on their investment. Given the initial investment “risk,” most angels, VC’s, and PE groups go for at least a 10X multiple return on their original investment. Also, most angels, VC and PE groups favor “holding periods” of 3 to 5 years, especially in dealing with technology plays given the short shelf life of software – a fast moving market from a product standpoint.

VCs’ normally provide much larger funding rounds than angels (usually in tranches of funding associated with the company hitting their projections), but with tighter restrictions on meeting revenue targets to pay back the investment. The term VC these days is a bit of an oxymoron in that, unlike the early days, they now rarely invest in pre-revenue companies unless the technology or product offering is so disruptive that it only makes sense to get involved immediately rather than a “wait and see” attitude.

As an entrepreneur, always be mindful, however, that VC and PE groups do everything to get their risk off the table upfront. They structure investment deals with built in safeguards in the securities offered that put them in a senior position to common stockholders upon any sort of liquidity event. These safeguards can translate into preferred stock with voting and equity preferences (including taking their initial investment out first with a coupon prior to the common holders receiving anything) that can be quite draconian.

Lastly, these groups can sometimes hamper a company’s growth with controls that destroy the creative process for management and impose severe penalties if the company does not hit its projected growth targets – i.e. equity forfeiture from management. Angels are much less draconian in comparison to VC and PE groups in that regard.

It's hard to pin down the full scope of angel investing, but the "Wall Street Journal" reported that angels contributed $26 billion to over 57,000 startups a decade ago. That's an average of $450,000 per business. While many VC investment deals are set at a minimum of $3 million per deal, angel investments often involve contributions of $50,000 or less. Sometimes, angels form groups to share uncertainty and increase deal sizes.

Entrepreneurs tend to be very excited about their business concepts, and they believe that alone will get them funding. This is a mistake. Your excitement and enthusiasm will not be enough to convince an angel to invest in you. You must be fully prepared and armed with the very best financial statements, long-range plans, referrals and an honest assessment of competition in your market. Expect rejection, and don't get discouraged if you're met with callous disregard for your cherished ideas.

Another mistake that too many entrepreneurs make is to seek out funding from angels before asking for advice. The guidance and insights of these experienced business managers may be much more valuable than the access to capital.

How to Raise Angel Financing

Access to people active in the angel investing community has been so highly prized within the startup community that these networks have traditionally been tightly guarded. However, today's crowdfunding websites, such as Microventures, AngelList and Gust, make it easier to find angel investors. In addition, entrepreneurs normally bring in accomplished lawyers to review, amend and negotiate investment contracts, and these lawyers can be great source for leads on potential angel investors.

The most prolific and successful angel investors are part of an elite group that has had a vast impact on the U.S. economy as a whole. The group includes well-known executives, including Amazon's Jeff Bezos and Yahoo's Marissa Mayer. Many other investors are involved in VC firms but also engage in angel investing for startups they believe in personally.

It is important to remember that regardless of whether you are dealing with an angel investor, traditional VC, or PE group, the critical areas they will vet immediately are: the management team, the technology, pro-forma financials, and whether or not the new product would be disruptive enough to get the company on a hyper-growth path with little marketing spend. The investor will tend to focus in on the CFO and want to understand the assumptions that back up the growth projections.

In addition, when startups are looking for angel investors, they should try to identify “passive” investors, or preferable those investors that put in “smart money” - meaning the investors know the sector and can bring added value through strategic knowledge and market sector introductions that might put the startup on a faster track to revenue and profitability.

However, never forget that any funds you receive from angels are investments first and foremost — investors need to see a return or they won't be investors for long.

Too many company founders find themselves outvoted or even fired by the angel investors they enlisted to help launch their company. Others realize too late that they gave away too much of the company's core value, or they set repayment terms that crippled the business before it could get off the ground. With angels, just as with anything that grants wishes, you must be very careful what you wish for.

Make sure you have good legal counsel on your side to protect your interests, because the angels will certainly protect their own. 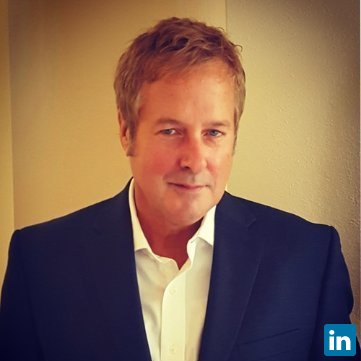 2 reviews
Attorney at Law
Paul is a graduate from Notre Dame law school and represents company management with a focus on business strategies, corporate acquisitions and dispositions, licensing and management agreements, primarily on behalf of technology companies. Paul has extensive experience in mergers and acquisitions, securities regulation, private equity, venture capital and buy-out deals in media and technology. He has been a partner in major law firms in New York City. In addition to corporate matters Paul has extensive experience in handling securities fraud, RICO and intellectual property litigation primarily in Federal Court.
Request a Proposal