"The attorney I hired is an alum of one of the best tech firms in the country, Wilson Sonsini, and she has eight years of experience representing both companies and investors in venture financings. It was also important to me that she had worked in Silicon Valley. There’s a certain set of practices and 'gotchas' in Silicon Valley that my attorney needed to understand." 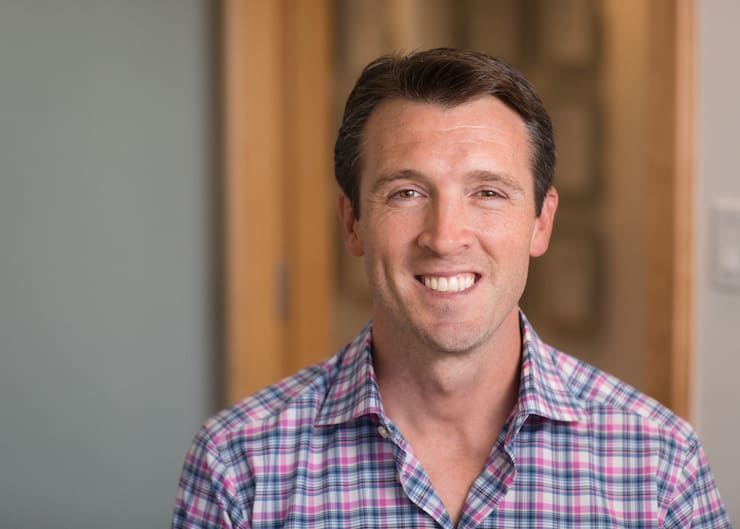 Menlo Ventures provides capital for multi-stage consumer, enterprise and life sciences technology companies. Since 1976, the firm’s market-driven analysis has led to the identification of opportunities and successful investments in innovative markets. Menlo’s portfolio includes more than 70 public companies, and more than 100 mergers and acquisitions, with $5 billion under management.

How does Menlo Ventures benefit by working with UpCounsel?

2. Consistency of a senior relationship: The attorney he vetted was the one doing the work.

3. Quality & Efficiency: His account executive gave him a short list of 3 attorneys, he set up calls with two, and hired one who was responsive and diligent in less than 60 minutes total time consumed.

Menlo Ventures Managing Director Shawn Carolan wanted “the best, fastest lawyer” to handle a Series A investment, and he didn’t want to pay his big law firms’ rates for a standard transaction. Shawn is a VC and by nature likes to experiment with innovative, new products, and he decided to try UpCounsel Enterprise.

Menlo splits all of its legal work across a few big tech law firms. The venture firm considers the type and complexity of a legal project and then sends it to the law firm with the most experience in the legal area and industry.

“I realized that with UpCounsel I was saving more than $16K.”

Shawn wanted another option when a transaction was standard, as opposed to an overseas founder, complex cap table, or treacherous intellectual property situation. He says in those instances, he’d want to work with a law firm that has a lot of disparate resources to draw on. But a straightforward Series A? He didn’t need to involve a big law firm with the commensurate rates.

Shawn was leading a Series A investment in a San Francisco-based IoT startup, and he says the project wasn’t too complicated. The terms were standard, and he didn’t want to pay a large invoice for a “pretty vanilla” transaction. “I just needed to get the legal work done,” Shawn said.

He reached out to his account executive over the Thanksgiving holiday to find him an attorney and heard back right away. The executive sent him resumes for three attorneys who would be a good fit for the project’s unique legal needs. Shawn says he was able to vet and hire an attorney in under 60 minutes.

“I hopped on a quick call with my account executive to explain my legal needs. He sent me three resumes for attorneys he thought would be a good fit. I interviewed each attorney, and 60 minutes later, I’d hired legal counsel,” Shawn said. “Knowing an account executive is always available to help even over holidays is a nice added benefit.”

Shawn added that the Series A investment would have have cost $25K at one of his big law firms. At UpCounsel, the project cost Menlo $8,800.

“Helen quoted me a flat rate so I could accurately budget for the project. That was when I realized that with UpCounsel I was saving more than $16K,” he said.

Given that his attorney was handling the financing at a much lower rate than an attorney Menlo’s go-to law firms, Shawn was impressed by his new attorney’s background. He liked her as a professional and her story that her husband traveled but she loves her work so she’d decided to freelance. He also said she was responsive and incredibly diligent.

Shawn says he was able to vet and hire an attorney in under 60 minutes.

“The attorney I hired is an alum of one of the best tech firms in the country, Wilson Sonsini,” Shawn said. “And she has eight years of experience representing both companies and investors in venture financings.”

set of practices and ‘gotchas’ in Silicon Valley that my attorney needed to understand.”

All of this data about the attorney’s background and the social proof established through client reviews on the her UpCounsel biography helped Shawn feel comfortable trusting his attorney with sensitive legal needs. This is important, Shawn says, because his attorney would be the one reading the documents, translating my needs and catching issues that he may not have thought about.

“I’m an engineer by background so I know almost nothing about legal. If you ask me to put together a one-page, bulletproof legal doc to sell my motorcycle, it would be a total hack job, and this was a contract that could affect the future of Menlo’s relationship with a profile company,” he said.

“I don’t need a Johnny Ive, but I absolutely have to be able to trust my attorney, because I’m not going to be able to scrutinise the final project and catch mistakes,” he added.

Shawn called his attorney “responsive and diligent.” Shawn says that he knows that at big law firms, the person he hires who has the experience he’s looking for most likely won’t be the one handling all parts of the transaction.

“I never know when a junior associate is handling part of the project,” he said. “What if it’s a new associate? What if they’re put in charge of a part that has a boogeyman and doesn’t read the clause correctly? Who knows is going to be working under them.”

“There’s a certain set of practices and ‘gotchas’ in Silicon Valley that my attorney needed to understand.”

What he says he liked most about working with his attorney was that she raised issues that he hadn’t thought about. She caught that the standard terms Menlo uses didn’t address how escrow would be handled if the company was sold. She recommended they include a clause to cover whether the escrow would be absorbed pro rata based on ownership or would follow the normal liquidation process. He ended up using her term.

“An associate isn’t going to come up with that type of thing,” he said.

With UpCounsel, Shawn knew that the attorney he hired would be doing the legal work herself, and he liked that he was able to build a 1:1 relationship with his attorney based on trust.

“It ultimately comes down to the relationship I had with my UpCounsel attorney.” he said. “Did she make me think about things I wasn’t thinking about? Was she fast and transparent? Do I trust her? Yes.”

Shawn has already hired his attorney for another project on UpCounsel.

Post a job to get free proposals
from our attorneys

Register to be Contacted