"UpCounsel’s billing process made paying for legal services as easy as shopping online." 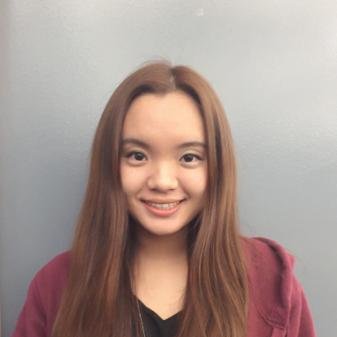 Founded in 2014, Aivvy is committed to pushing the boundaries of user experience by continuously innovating to make devices smarter. With their flagship Aivvy Q headphones, Aivvy combines exquisitely designed devices with intelligent, intuitive data analysis. Their research and development teams span the world, from California to Hong Kong.

How does Aivvy benefit by working with UpCounsel?

UpCounsel’s intuitive interface and exceptional customer service made it easy for office manager Beryl Liu to manage legal jobs from inception through completion. Though obtaining legal representation can be intimidating, Beryl felt confident and fully supported along the way.

Aivvy enjoys UpCounsel’s project-based legal services because they can choose from a variety of qualified attorneys and work with the ones they like best. They aren’t tied to just one attorney or law firm, as they would be with traditional legal services.

Aivvy’s legal needs included a few different projects in specific areas of law, including intellectual property and corporate law. As with any business, costs were a concern and Aivvy didn’t want to sign on for more legal services than they needed. Aivvy had worked with law firms before discovering UpCounsel, and thought they would have to jump through the usual hoops to get high quality legal advice.

With offices from Hong Kong to Redwood City, California, Aivvy hoped to find an attorney with legal expertise as well as flexibility to work with their international offices, all at an affordable price. They also wanted to be able to train staff to handle the arrangements rather than have founders and executives dealing with the delays and hassles typically associated with obtaining legal services.

During the attorney search, an employee’s friend recommended that Aivvy check out UpCounsel. UpCounsel appeared to be just what Aivvy needed—project-based legal services easily arranged via a powerful platform, with costs set out up front. What Aivvy didn’t expect was UpCounsel’s efficiency, amazing customer service and seamless billing experience.

Once they decided to move ahead with UpCounsel, Aivvy executives tasked office manager Beryl Liu with arranging the representation. Beryl had worked with law firms many times and thought the UpCounsel platform would be similar to a traditional law service. She anticipated a “serious” undertaking involving lots of time, effort and paperwork. She didn’t expect the easy, efficient experience she had.

After posting a job, Beryl was surprised by the quality and responsiveness of the candidates. An international company with proprietary technology, Aivvy initially worked with UpCounsel attorney Kanika Radhakrishnan for patent-related services to secure and protect their cutting-edge tech.

Compared to traditional law firms, the onboarding process was a snap. Rather than having weeks of discussions, fee arrangements and forms to sign, Beryl was able to solicit candidates, review proposals, contact chosen attorneys and get projects started within in one or two days.

Feedback was also very fast. Instead of going through multiple layers of administrative personnel, Aivvy enjoyed a direct line to their lawyers.

Billing via UpCounsel was simple, intuitive and quick. So simple, in fact, that Beryl compared it to shopping online! Where a traditional law firm typically sends out bills months after services are provided, UpCounsel attorney fees are open and timely—everyone involved knows the costs up front and can track them as projects progress.

Post a job to get free proposals
from our attorneys

Register to be Contacted