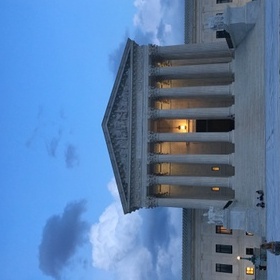 "I faced a situation in which a labor union was deducting dues without my consent in violation of U.S. Supreme Court precedent. I reached out to Mr. Valencia for help and he took the union to court on my behalf. Thanks to him, the union stopped deducting money from my wages and refunded all the money it had unlawfully taken from me. Mr. Valencia always provided me with sound legal advice and diligent professional service."

"Mr. Valencia successfully defended me in a frivolous federal lawsuit filed against me for alleged discrimination in employment on the basis of political beliefs. He was always diligent in his work and went out of his way devising strategies to put an end to the lawsuit."

Department of Justice of Puerto Rico

Represented the Commonwealth and its officers, including cabinet-level agency heads, the Senate of Puerto Rico, senators, legislative officials, as well as mayors and other elected and executive officers, in cases before the United States District Court for the District of Puerto Rico. Casework included constitutional law, civil rights, among others. Lead counsel in three federal civil trials.

Want to work with Angel Valencia?