Business Contract Attorney with over 20 years of business and legal experience. JD from Pace University with an International Law Certificate while attending the London School of Economics (England). I specialize in business and contract law, including contract negotiations, disputes as well as arbitration.

As a Hearing Officer and Small Claims Civil Arbitrator, I have presided over 800 hearings and cases.

My prior experience include being a Hearing Officer, Judicial Clerk, Contracts Attorney as well as working for top tier law firms, and being a Vice President on the trading desk of a Investment Bank. 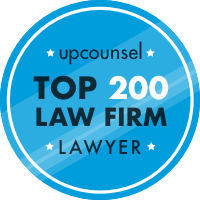 "Donya prepared a contract for me. The contract was through and made sure to cover all possible situations. She met deadlines and communicated with progress and completion date. October 16, 2018"

"It was a pleasure working with Donya. She an experienced attorney in contract law coupled with a strong business background. Donya went over and above my requirements and provided me with a great finished product. I highly recommend her and would definitely work with her again. Start Date November 3, 2018"

Conducted quasi-judicial administrative hearings, ruled on motions, examined and reviewed documentary evidence, made credibility determinations and issued written decisions in all assigned cases. Hearings involved matters of persons accused of violating local laws, ordinances, and the rules and regulations of the City of New York; including other laws and rules within the OATH.

Supervised contract attorneys and paralegals; examined complaints and analyzed evidence in one of the largest bankruptcy cases in US history: Enron. Conducted legal research and assisted in the supervision of all aspects of trial. Managed case projects and prepared documents and memos for depositions.

Identified relevant and responsive online documents and analyzed confirmations, swaps, forwards and all documents and telephone conversations from broker dealers in a securities fraud and antitrust investigation: Republic National Bank

Want to work with Donya Gordon?