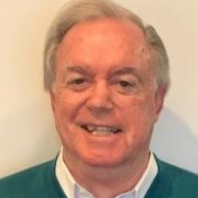 Thomas graduated from Loyola University School of Law, Chicago, IL in 1965, and also has a Bachelor's degree in Social Science. His practice areas include all aspects of corporate law. He has represented a wide variety of clients, large corporations and small.

Tom began his legal career in 1965 in the Law Department of the Illinois Central Railroad Company in Chicago, IL. He went into private practice with the Law Firm of Belnap, Spencer, Hardy & Freeman in Chicago, IL in 1970. He became a sole practitioner in Chicago in 2001. He lives in a suburb of Chicago, IL but represents clients throughout the country.
54
Years
experience
Contact Thomas

"As President of Hussey Terminal Railroad Company, I have been fully satisfied with the legal services provided by Thomas F. McFarland. Mr. McFarland has excellent work habits. He writes clearly and persuasively. I have enjoyed our working relationship."

"Interstate Asphalt has retained Thomas F. McFarland as its attorney on rail transportation for many years. We have always been satisfied with the quality of legal work done by Mr. McFarland. His work product is clear and persuasive."

Represent rail shippers and small railroads in transactions and disputes

Want to work with Thomas Mcfarland?