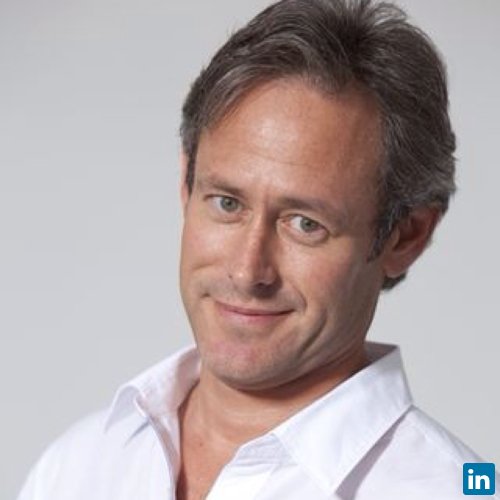 David Fritz is a seasoned/trusted entertainment and media veteran with a unique and robust history in a variety of businesses. Fritz has been involved in a broad array of transactions and matters in industries including media, fashion, technology, advertising, television, film, music, live events, consumer goods, retailers and charitable foundations. Fritz is currently a partner at Boyarski Fritz LLP, a firm he founded with longtime entertainment and media attorney Jason Boyarski. Fritz’s practice and expertise are established in deal-making, intellectual property, corporate matters across many platforms, which cover media and entertainment… read more in a broad array of fields.
26
Years
experience
Get Free Proposals

David Fritz does not have any reviews yet.

In September, 2007, Fritz invested in Myachi Industries, a toy/sports lifestyle brand with the Myachi Original Hand Sack at its core. Since investing, the company sales have increased fivefold as a result of wider international distribution, a store-within-a-store retail buildout at FAO Schwarz NYC, key press secured and a number of other strategic marketing initiatives led by Fritz.

CAK Entertainment provides outsourced business development services to brands and companies seeking to develop additional incremental income streams using key relationships across a variety of industries. CAK manages the apparel business of Marc Anthony and Jennifer Lopez available at Kohl's as well as the apparel brands of Adam Levine and Nikki Minaj at Kmart, assists The Singer Group in acquiring retail brands to place on US military bases around the world in PX stores, assists Spin Label in licensing its advertising platform, and owns a music publishing catalog of songs by Biz Markie, Big Daddy Kane, Marley Marl and Roxanne Shante.

In addition, CAK is a key licensee of Sheila Kelley's S Factor, the leading pole dancing/women's empowerment gym and studio with two Manhattan locations (and other locations around Southern California, San Francisco, Houston and Chicago).

In 1998, David Fritz, Brian Koppelman and Keith Hutt formed Triage Entertainment to put out an album that contained music from The Godfather, Goodfellas, Casino, Donnie Brasco and other top mob movies. That album, entitled "Mob Hits: Music From & A Tribute To The Great Mob Movies" was marketed through a direct response TV commercial featuring Jerry Vale, the legendary Italian-American singer who appeared in Goodfellas. The initial Mob Hits album sold in excess of 600,000 (1.2mm as a double album). Follow up compilation albums were released with sales totaling over 500,000 units.

Off the success of releasing Mob Hits, I formed Medalist Entertainment as a joint venture between Charles Koppelman, Roy Weisman and me, on the one hand, and Alliance Entertainment, on the other hand, At the time, Alliance was the largest record wholesaler in the country (servicing over 13,000 stores with annual sales in excess of $1 Billion)

Within months of starting Medalist, we quarterbacked a major summer music promotion for McDonald’s that featured purchase with purchase opportunities involving Britney Spears, *Nsync, Sisqo, Joe and Carlos Vives (campaign revenues exceeded $20mm). My key responsibility was to insure that the campaign was flawlessly executed: from helping McDonald’s choose the songs and develop the artwork and titles for the compilations, to handling all of the legal documents that were necessary to secure all of the artists to appear and perform in the commercials and to obtain the rights to songs included on the commercials, to insuring that the artists timely appeared and performed for the making of the commercials and attending the press events. McDonald’s, as a client, had every detail covered.

Medalist went on to create custom-branded compilations for such companies as Linens N Things, Hooters, HMV, Fitness Magazine, Walgreen’s and Barnes & Noble. Medalist also launched the careers of Joe Bonamassa, a critically-acclaimed Blues guitarist and vocalist, and Michael Amante, the Italian-American tenor, who Fritz and Koppelman discovered at Rao’s Restaurant, the famed NY eatery. Medalist was sold to Alliance in late 2002 with Fritz and Weisman staying on to run the company after the sale.

Shortly after the sale, I was given the additional responsibility of running another Alliance division – Innovative Distribution Network (IDN; annual sales in excess of $40 million), Medalist’s sister company, that distributed Medalist’s product (as well as the product of over 50 other independent record labels) into retail stores.

In 1998, while still at the law firm, I saw a unique opportunity to create a compilation album of the songs that were included in The Godfather, Goodfellas, Casino and Donnie Brasco – I named it "Mob Hits". I secured Jerry Vale, the legendary Italian-American vocalist whose songs where included in Goodfellas and Casino, to act as the spokesperson for the album’s direct response tv commercial. The album was an instant hit that went on to sell in excess of 600,000 copies (3 additional follow up albums in the Mob Hits series have had combined sales in excess of 200,000 copies to date).

Want to work with David Fritz?