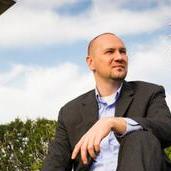 Zachary Strebeck is a graduate of Pepperdine University School of Law, holding both J.D. and Masters of Dispute Resolution degrees. He has worked with crowdfunding startup Crowdfunder, film and television studio Lionsgate Entertainment, and film distribution house PorchLight Entertainment, as well as mediating in the Los Angeles County court system. He served as an associate producer and former guest on Entertainment Law Update, a podcast dedicated to legal happenings in the entertainment industry. Zachary is licensed to practice law in California.
4
Years
experience
Get Free Proposals

Zachary Strebeck does not have any reviews yet.

Representing clients in the interactive entertainment, e-commerce, and board game industries.

Want to work with Zachary Strebeck?