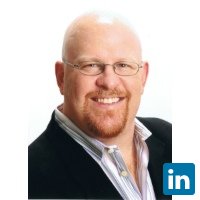 Gordon Firemark began his career working behind the scenes in film, television and theatre. Since finishing law school, that's still what he does.

As an attorney whose practice is devoted to the representation of clients in film, television,and theatre, he helps producers, directors, writers, actors and other industry professionals make deals that make sense, and that get their productions developed, financed, produced and distributed. His practice also covers intellectual property, cyberspace, new media, business and corporate matters for clients in the entertainment industry.
26
Years
experience
Get Free Proposals

"We hired Gordon to draft an agreement for a large new media development transaction our company was entering into. He provided expert advice from both a legal and business strategy perspective. His in-depth legal knowledge, attention to detail and ability to create a water-tight agreement was invaluable. We intend to hire Gordon again for future work (Roman Reyhani, Entrepreneur)"

"As a former Associate Dean at USC, I've worked with many attorneys, and intellectual property issues were always the ones that were most ambiguous, challenging, and prone to damaging relationships. Gordon is, simply put, the best IP attorney I've met. He helped CultureSync negotiate some tricky issues, and some complex situations. Although he's an outstanding attorney, my highest praise is that he's emerged as a trusted advisor on our business (Dave Logan, CEO, Culturesync)"

Full Service Transactional representation of businesses, executives, artists and entrepreneurs in the fields of theatre, film, television, publishing and other media. Negotiate complex business transactions for the development, financing and production of entertainment properties. Counsel and assist clients with Copyright and Trademark protection, prosecution and enforcement.

Taught a course in Theatre Law for students in online LLM in Entertainment Law.

Handled a large caseload of litigation and transactional matters for clients in the music, television, motion picture, and theater industries

Want to work with Gordon Firemark?