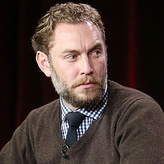 Eric Spiegelman does not have any reviews yet.

Provide legal counsel to motion picture, television and Internet producers and production companies, as well as YouTube creators. Handle all manner of development, production and distribution agreements. Counsel Internet publishers on expansion of business into online video programming and distribution.

Chairman of the Board of Directors

Materials & Applications (M&A) is a research and exhibition center dedicated to advancing new and underused ideas in art, architecture, and landscape. Our goal is to be a driving force to increase public participation in the built environment by inspiring interest in visitors with their surroundings - while they explore the latest ideas in architectural design and theory on an experiential level. We push the application of materials beyond the limits of typical commercial, residential, and traditional gallery-based projects, towards more flourishing environments.

Produced OLD JEWS TELLING JOKES, which is distributed on OldJewsTellingJokes.com, blip.tv, YouTube, AOL, and Dailymotion. OJTJ was adapted into a hit Off-Broadway play produced by Dan Okrent and Peter Gethers, a BBC television special, a book by Random House, and an original audio show by Highbridge Audio. OJTJ was a 2010 Webby Honoree and one of iTunes Top 25 Podcasts of 2009. The audiobook won the Best Comedy Audiobook award at the 2011 Audio Publishers Association Awards, beating Jon Stewart and David Sedaris.

Practiced new media and entertainment transactional law. Counseled websites on the creation of original Internet content. Negotiated all manner of development, finance, production and distribution agreements for motion pictures. Served as lead counsel for the films, "Art School Confidential," "Brick," "The Invisible," "Step Up" and "Thank You For Smoking."

Want to work with Eric Spiegelman?