How is a Corporation Taxed? | UpCounsel 2019
The UpCounsel site will be shutting down on March 4, 2020. Contact support@upcounsel.com with any questions. View more

How is a Corporation Taxed? Everything You Need to Know

Corporations are the basic and traditional business entity in this and many other countries. A corporation is typically taxed similarly to individuals.3 min read

C Corporations pay tax on their net income, just like individuals do. So all revenues are reported each year to the IRS on Form 1120, as are all allowable deductions for business expenses, which may include compensation to employees, payments to consultants, purchases of supplies, rent, depreciation on equipment, etc. This net result is taxed directly, regardless of dividends made or not made to the corporation’s stockholders. There is a tax table published by the IRS that determines the federal tax rate applicable to a corporation’s income, but it’s generally about 35%, and that figure is used for simplicity when talking about planning for corporate taxes at the federal level. 44 States also impose corporate income taxes, ranging from 4% to 12% on top of the federal rate, and some cities do as well, such as New York, where a C Corp will also pay 6.5%-8.85% of its income to the City.

This all means that depending on which states’ and localities’ tax laws apply, a corporation may end up paying between 35% and 56% tax on its net income. This is before any dividends to stockholders, which would then also be taxable to those stockholders (and not deductible for the corporation).

If a corporation can qualify for treatment as an S Corp, then making that election would allow for much of this tax burden to be avoided. Corporations with one only class of stock and with 100 or fewer stockholders, all of whom are natural persons (or trusts, estates or certain tax exempt organizations), none of whom are nonresident aliens, and all of whom consent to the election, may make such an election to be treated as an S Corp. S Corporations are “pass-through” entities, whose net income is attributed pro rata to each of their stockholders, rather than to the corporation itself.

What this means is that when the corporation reports its revenues and expenses to the IRS each year on Form 1120S, it does not pay any tax on its income. Instead, it issues a notice called a Schedule K-1 to each stockholder, which contains certain information about that stockholder’s share of the corporations taxable earnings; the stockholder then reports this as part of his or her income, the same as income reported on W-2’s and 1099’s. Although the stockholder will now be responsible for paying income tax on the corporation’s earnings, the aggregate of the corporate income tax rate on a C Corp’s income plus the personal income tax rate on a stockholder’s dividends will almost always be higher than the personal income tax rate applicable to an S Corp’s passed through earnings. However, it is important to note that the stockholders of an S Corp are responsible for the payment of tax on the corporation’s earnings even if they receive no dividends, as when the corporation reinvests its earnings, or holds them in its own accounts. Further, S Corporations may not be eligible for certain tax benefits that C Corporations can take advantage of; for example, only C Corp stock may qualify as Qualified Small Business Stock, which can provide a significant benefit for certain long-term stockholders.

The choice of what sort of entity may be best for a business, as well as how that entity may elect to be taxed, is a very important one for business owners, with many factors that need to be considered. We’ve only scratched the surface here in discussing corporations, and we haven’t even considered other business forms such as partnerships and limited liability companies. An experienced business lawyer can be an invaluable resource in evaluating what’s best for your business, and the few hundred dollars of legal fees incurred up front to ensure optimal tax treatment for years to come can end up being one of the most valuable purchases your business can make. 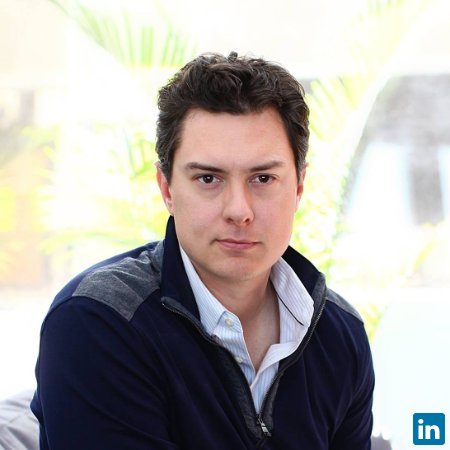 6 reviews
Experienced Corporate Attorney
Chris has been a practicing attorney for 10 years, starting at Kirkland &amp; Ellis in Chicago in 2006; he now manages Spillman&amp;Partners (www.spillmanpartners.com). Chris represents family businesses, technology companies, private equity firms, and others in an array of matter types, including especially in numerous commercial and corporate transaction settings. His contract negotiation and drafting experience ranges from employment agreements to stock purchase agreements, from software licensing to offshore services arrangements, and many other applications in between. He is a graduate of the University of Chicago Law School (J.D.) and the University of Virginia (B.A. with High Honors).
Request a Proposal